The Part of the Word of God called “Gospel”: Its authority, why, how and for what end it was written 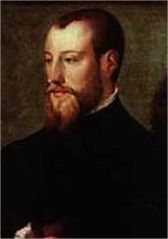 After we are made aware of the Law the Gospel is made all the brighter. While the Law produces fear, the Gospel produces hope. In the “Select Works of Theodore Beza”, Beza writes that, after we know the Law we “find the use and necessity of the Gospel”. Seeing a necessity and use of the Gospel, Beza makes a primary argument that there is only one Gospel.

To support the argument that there is only one doctrine of salvation that is called the Gospel. Beza argues the Gospel (Good News) was fully announced and declared to the world by Jesus Christ, the Apostles and recorded faithfully by the Evangelists.

John 15:15 No longer do I call you servants, for the servant does not know what his master is doing; but I have called you friends, for all that I have heard from my Father I have made known to you.

John 17:8 For I have given them the words that you gave me, and they have received them and have come to know in truth that I came from you; and they have believed that you sent me.

2 Cor 5:19 that is, in Christ God was reconciling the world to himself, not counting their trespasses against them, and entrusting to us the message of reconciliation.

2 Cor 5:20 Therefore, we are ambassadors for Christ, God making his appeal through us. We implore you on behalf of Christ, be reconciled to God.

Recorded by the Evangelists

Eph 2:20 built on the foundation of the apostles and prophets, Christ Jesus himself being the cornerstone,

1 Pet 1:25 but the word of the Lord remains forever.” And this word is the good news that was preached to you.

It can be concluded, as Beza argues, that the doctrine of the Gospel was faithfully recorded as a protection against variances of other apparent versions of the Gospel. In support to preservation and recording of the Gospel, Beza makes three more arguments:

Thus, there is one Gospel and that Gospel has been preserved as it was received in the clear teachings of the Apostles and Evangelists. This protects the believer’s conscience and gives them confidence against various versions, superstitions or additions that would attempt to compete with the Gospel as they receive it from Scripture. The Christian would have no basis for confidence in the sovereignty of God. The Christian would not be in a position of confidence if the teachings and doctrines of the Gospel are hidden in a deposit of teaching outside of Scripture, if there are many Gospels or if it isn’t communicated simply.

These arguments in more detail.

1. They added nothing of their own as far as substance of the doctrine is concerned

Citing Colossians and 2 Timothy for support, Beza demonstrates that the purity of their teachings was only what they received. That Christ was was they proclaimed and that their teachings are “breathed out” by God and not their additions.

Col 1:28 Him we proclaim, warning everyone and teaching everyone with all wisdom, that we may present everyone mature in Christ.

2 Tim 3:16-17 All Scripture is breathed out by God and profitable for teaching, for reproof, for correction, and for training in righteousness, that the man of God may be complete, equipped for every good work.

The Apostles and Evangelists obeyed the precision and simplicity of the command from Jesus “Go, preach all that I have commanded you” (Matt 28:20). Paul admits that this is what he is doing in 1 Corinthians:

1 Cor 11:23 For I received from the Lord what I also delivered to you, that the Lord Jesus on the night when he was betrayed took bread,

2. They omitted nothing which is necessary for salvation.

An omission of any part of the doctrine of the Gospel would not be a basis for them to be considered faithful to the commands given to them. It was important to the Apostles to be considered loyal and faithful to the commands given to them by Jesus. Paul in Acts and Galatians and Peter in 1 Peter give account how diligently they worked to preserve this deposit.

Acts 20:27 for I did not shrink from declaring to you the whole counsel of God.

Gal 1:9 As we have said before, so now I say again: If anyone is preaching to you a gospel contrary to the one you received, let him be accursed.

1 Pet 1:25 but the word of the Lord remains forever.” And this word is the good news that was preached to you.

John 15:15 No longer do I call you servants, for the servant does not know what his master is doing; but I have called you friends, for all that I have heard from my Father I have made known to you.

John 16:13 When the Spirit of truth comes, he will guide you into all the truth, for he will not speak on his own authority, but whatever he hears he will speak, and he will declare to you the things that are to come.

In addition, Beza cites the church fathers Jerome and Augustine on the primacy, sufficiency, and authority of Scripture for salvation. (I couldn’t track down the original source for the quotes, they are quoted in Beza’s writings.)

“Chatter and babbling must not be believed without the authority of Holy Scripture.” – Jerome

John 20:30-31   Now Jesus did many other signs in the presence of the disciples, which are not written in this book; but these are written so that you may believe that Jesus is the Christ, the Son of God, and that by believing you may have life in his name.

3. What the Apostles and Evangelists did write, was written in a way for even the simplest person to understand what is necessary for salvation.

To emphasize the availability and accessibility of the doctrine of salvation, Beza raises out the question, “Why would the Gospel have been put in written form in a language which everyone was then able to understand,(1 Cor 14:6-40) and even in the most familiar and popular manner of speaking which it had been possible to choose?” It is Paul that describes the way he spoke. Paul says he doesn’t come talking in a way that was difficult to comprehend, but that he was speaking in plain speech.

1Cor. 2:1 And I, when I came to you, brothers, did not come proclaiming to you the testimony of God with lofty speech or wisdom.

And as simple and clear as the Gospel is, there are still those who reject it. Paul explains in 2 Corinthians that this apparent hiddenness of the Gospel is being kept from those who are perishing. They remain slaves to sin and bound to the Law.

2Cor. 4:3 And even if our gospel is veiled, it is veiled to those who are perishing.

In light of these three arguments, Beza draws two conclusions:

These conclusions in more detail:

1. That it is not necessary “to reckon as Gospel anything which men have added to the Word of God written”. The doctrine contained in the books of the Old and New Testament is sufficient for salvation. Therefore additions to the Gospel are superstitions and a corruption of the only true Gospel of our Lord

Matt. 15:8  “‘This people honors me with their lips, but their heart is far from me;

Matt. 15:9  in vain do they worship me, teaching as doctrines the commandments of men.’”

Paul also writes on this in Galatians and 2 Timothy

Gal. 1:8 But even if we or an angel from heaven should preach to you a gospel contrary to the one we preached to you, let him be accursed.

Gal. 1:9 As we have said before, so now I say again: If anyone is preaching to you a gospel contrary to the one you received, let him be accursed.

2Tim. 3:16 All Scripture is breathed out by God and profitable for teaching, for reproof, for correction, and for training in righteousness,

2Tim. 3:17 that the man of God may be complete, equipped for every good work.

“What is said without the authority of the Holy Scripture is also easily set aside, as has been said.”

2. Those who say that it only belongs to certain persons to read Scripture and therefore do not want it to be translated into the common language, for fear that simple women and other people may read it, are the true Antichrists, and instruments of Satan. Beza accuses those who put a barrier between the Scriptures and the people as being afraid. They are afraid that their abuses will be discovered by the plainness of the Gospel in Scripture.

Rom. 1:14 I am under obligation both to Greeks and to barbarians, both to the wise and to the foolish.