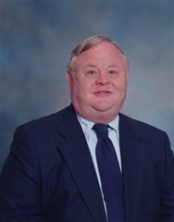 Reading through John Frame’s Systematic Theology: An Introduction to Christian Belief. I was reading through his section on Human Responsibility and Freedom. In this section he has a section that critiques libertarianism. He has 15 points which I think are helpful. He begins with R.K. McGregor Wright’s definition of libertarianism (No Place for Sovereignty pp 43-44) : The belief that the human will has an inherent power to choose with equal ease between alternatives. This is commonly called “the power of contrary choice” or the “liberty of indifference.” This belief does not claim that there are no influences that might affect the will, but it does insist that normally the will can overcome these factors and choose in spite of them. Ultimately, the will is free from any necessary causation. In other words, it is autonomous from outside determination.”

Libertarianism assumes there is a part of human nature, which we might call the “will”. This will is independent of every aspect of our being and therefore is able to make decisions contrary to every motivation. It is necessary to maintain this level of freedom because this is the only freedom that can result in being held responsible for our actions. This view has a long history in Christian theology and most of the early church held this or something similar till Augustine during the Pelagian controversy. Though it has grown in popularity in modern evangelical circles, modern day Calvinists are having to continue to oppose it. Frame rightly points out that this view is subject to very severe criticisms. He gives more detail in his book but I wanted to provide a list of those critiques here that he takes the space to explain.