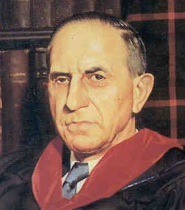 Reading through John Murray and his collected writings I have come across an interesting chapter in volume 1, “The Finality and Sufficiency of Scripture”. I found it a helpful reminder for us in a time when such a position may seem out-dated or irrelevant. We are at a pivotal point in our society. Now, more than ever, we must affirm our position of the finality and sufficiency of Scripture. This doctrine, cannot be  taken for granted. It is still worth our time and careful examination.

The Westminster Confession of Faith chapter 1.8:

The Old Testament in Hebrew (which was the native language of the people of God of old), and the New Testament in Greek (which, at the time of the writing of it was most generally known to the nations), being immediately inspired by God, and, by His singular care and providence, kept pure in all ages, are therefore authentical; so as, in all controversies of religion, the Church is finally to appeal unto them.

The supreme Judge, by which all controversies of religion are to be determined, and all decrees of councils, opinions of ancient writers, doctrines of men, and private spirits, are to be examined, and in whose sentence we are to rest, can be no other but the Holy Spirit speaking in the Scripture.

There is a spectrum at hand. On one end of the spectrum is Rome and their appeal to tradition and the voice of the church. The other end of the spectrum is the anabaptist thought, they would eliminate any distinction between clergy and laity, means of grace, and focussed on the special revelation to their inner light. They could best be summarized with the popular slogan “Just me and my bible”.

A clause for this discussion, is in section 10 “the Holy Spirit speaking in the Scripture.” The confession has already dealt with this question in section 5:

We may be moved and induced by the testimony of the Church to an high and reverent esteem of the Holy Scripture, and the heavenliness of the matter, the efficacy of the doctrine, the majesty of the style, the consent of all the parts, the scope of the whole, (which is to give all glory to God), the full discovery it makes of the only way of man’s salvation, the many other incomparable excellencies, and the entire perfection thereof, are arguments whereby it doth abundantly evidence itself to be the Word of God; yet, notwithstanding, our full persuasion and assurance of the infallible truth, and divine authority thereof, is from the inward work of the Holy Spirit, bearing witness by and with the word in our hearts.

Section 5 is concerned with the agency by which “our full persuasion and assurance of the infallible truth and divine authority” of Scripture are induced. Section 10 however deals with the Scripture as canon and when the Holy Spirit is speaking it signifies that Scripture is not dead but living. It is living because of the person behind the text speaking, not because there is some mystical power in the bible itself. The Scripture is God’s word and therefore when God speaks it is always effective and never dead. The Reformers had two distinct challenges. Rome argued that a living voice is needed for the faith and guidance of the Church. The anabaptists argued that all we needed was the inner voice of the believer.

I spoke with a Papist apologist about Sola Scriptura once. One of the rather obvious observations he made was that we didn’t always have the bible. This would be his wedge through which the voice of the Church would take primacy for him over Scripture. This same conversation has happened in conversations with Mormons regarding the essence of Scripture. To begin this discussion on the sufficiency and finality of Scripture a definition of Scripture is necessary. Scripture is inscripturated. It is more than just the printed words on the page. Scripture is distinct from other words in other books, such as the Iliad. Scripture is revelation. It is God communicating to us. Communicating something to us that we couldn’t know without it. Closely related to the definition of Scripture is the particular place in history. We must consider our current place in history to the place in history when God has revealed his will.

An obvious observation on the finality and sufficiency of Scripture in light of our place in history   means there was a time when “finality and sufficiency of Scripture” didn’t mean then what I understand it to mean today. There were clearly times when God’s revelatory word was not in written form. God communicated his will and revelation in other methods. But clearly there was a time when there would be a word that was committed to writing. This writing was also considered authoritative as our Lord would cite “It is written” when rebuking the devil. Jesus cites Scripture and in doing so communicates that Scripture is irrefutable. There is no higher argument than Scripture.

However, even when Jesus died and ascended, God’s revelation was not complete. The process of revelation would continue through the apostles till they died. Their teachings are captured in Scripture and therefore we view the canon of Scripture as closed. Revelation is not happening now in the same way it did when the apostles were writing. Thus, Scripture plays a unique role because it contains revelation as it was happening and, since Scripture is no longer being written, Scripture is complete. It is the consensus, even among those who disagree with us, that Scripture is a closed canon.

We do not have prophets, since we no longer have our Lord with us as he was with the disciples. And we do not have new organs of revelation as we did in apostolic times. Scripture in it’s total extant is therefore the only revelation of the mind and will of God available to us. This is how Murray explains what the finality of Scripture is to be understood.

There is the position that maintains: since Christ is the incarnate Word, that he is the revelation of God. Christ is the center of Scripture itself and that Scripture is the medium to encounter Christ. With this we do not only admit but proclaim! However, that being said, taking into account this emphasis we also take into account the uniqueness of Christ in the history of revelation and redemption so that we do not fail to discern the place of Scripture in the revelation of Christ and our encounter with him. Only through Scripture do we have any knowledge of or contact with him who is the “image of the invisible God”. We do not know Christ apart from it.