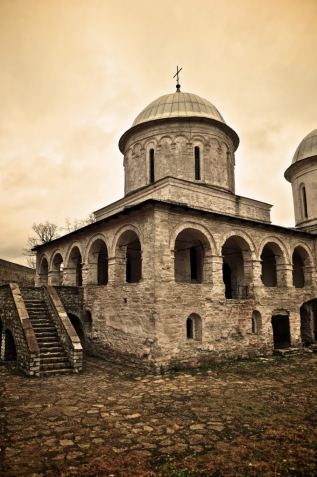 This quote from Schaff’s History of the Church is telling.

“The great majority of priests were too ignorant to prepare a sermon, and barely understood the Latin liturgical forms. A Synod of Aix, 802, prescribed that they should learn the Athanasian and Apostles’ Creed, the Lord’s Prayer with exposition, the Sacramentarium or canon of the mass, the formula of exorcism, the commendatio animae, the Penitential, the Calendar and the Roman cantus; they should learn to understand the homilies for Sundays and holy days as models of preaching, and read the pastoral theology of Pope Gregory. This was the sum and substance of clerical learning. The study of the Greek Testament and the Hebrew Scriptures was out of the question, and there was hardly a Western bishop or pope in the middle ages who was able to study the divine oracles in the original.” Hefele, III. 745.

Contrast this with the movement of the Reformation. In the time of the Reformation,  some of the best Greek and Hebrew exegetes were on the side of the Reformers. We may be too quick to come down hard on these churches in the medieval era, while giving a pass to the modern day evangelicals who could also be represented here. Let us not be guilty of working to study the “divine oracles” in the original. We may not be Dan Wallace or Waltke but having a working knowledge in the original tongue is too important to faithfully dissect God’s Word.

One thought on “The Sermon in the Medieval Church”